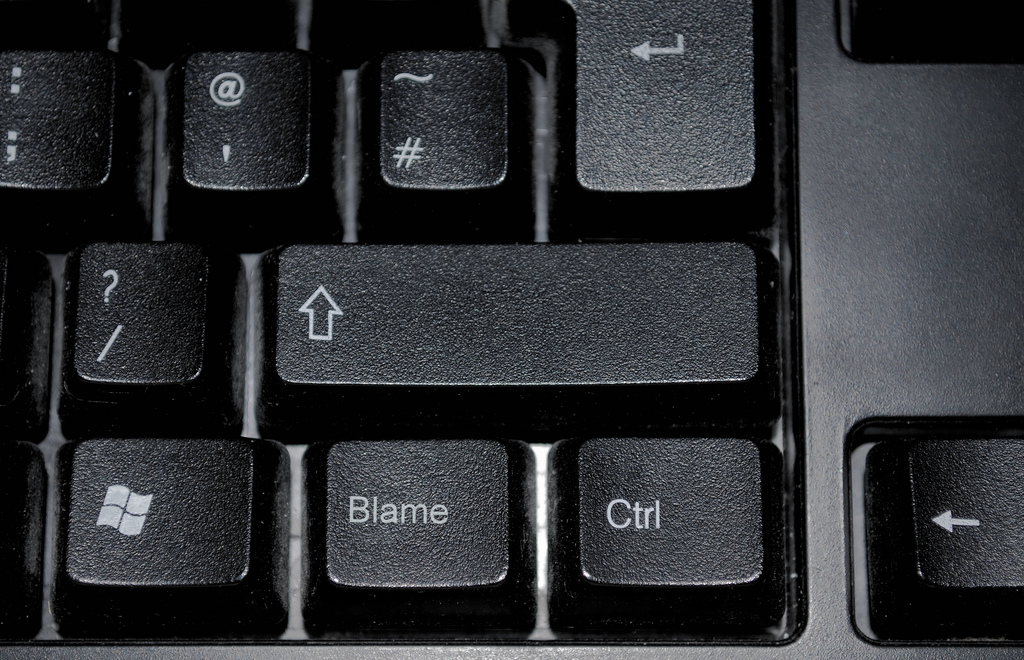 Blaming others is a common way to avoid taking ownership.

Instead of accepting your part in things, instead of asking “What can I learn from this situation?”, it is easy to point the finger at others.

Blame can be a way you angrily live out resentment. Lashing out at others is a way to feel like you are in control. It’s easier to go on a witch hunt, to yell, and to jump to conclusions than to be calm and listen. Blame can be driven by a desire for justice but is often mixed with the fear of being exposed.

So often blaming others is about holding onto power.

Instead of blaming, what can you do?

Take a step back from the situation. Ask yourself:

Consider how you can give feedback about how the other person has affected you.

Ask questions of the other person and seek to genuinely understand what they are trying to communicate to you.

Give empathy. Take a moment to try to connect with the other person. Ask yourself what you want for the relationship. If you can stay focused on the reality that you have the same or similar goals for the relationship you will be more likely to create an environment that is safe and not toxic.

Witch hunts can be satisfying in the moment, but they are rarely successful. Burning another with blame doesn’t usually fix the underlying problems. How often has blaming someone else in anger really given you peace and made you proud of how you handled yourself?

How often has blaming others played a part in leading you to act out and lose your sobriety? It is a short road from blame and resentment to chaos and craziness. Perhaps the first person you can stop blaming is yourself. Accept responsibility today for what you can, let go of what you can’t control, and do the next right thing